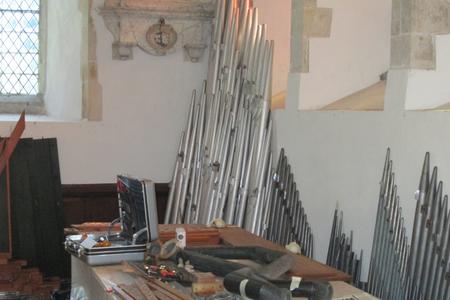 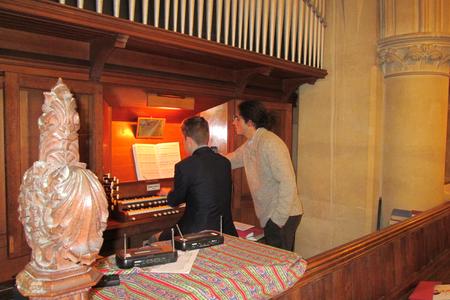 The Organ in pieces !

.Goodnestone Organ was built in 1904 by Norman+Beard. For over 100 years the organ had little substantive work done on it and had started to decline. In 2011 an appeal was launched to restore and augment the organ and in March 2014 F. H. Browne+Sons Ltd commenced the organ restoration.

The organ was completely dismantled and cleaned. electric actions fitted and a new balanced Swell pedal fitted. The existing pedal board was replaced as it was beyond repair.

The swell box was extended to accomodate a new 8+16ft Oboe and the Dulciana rank was removed and replaced with a 15th (2ft rank). A 12 channel piston memory system has been installed.

The project was completed in December 2014 and the restored organ with its additional pipework sounds tremendous.

We are very grateful to all the individual donors who supported the organ restoration project and to the following Grant making trusts for their generous support.

The On Organ Fund